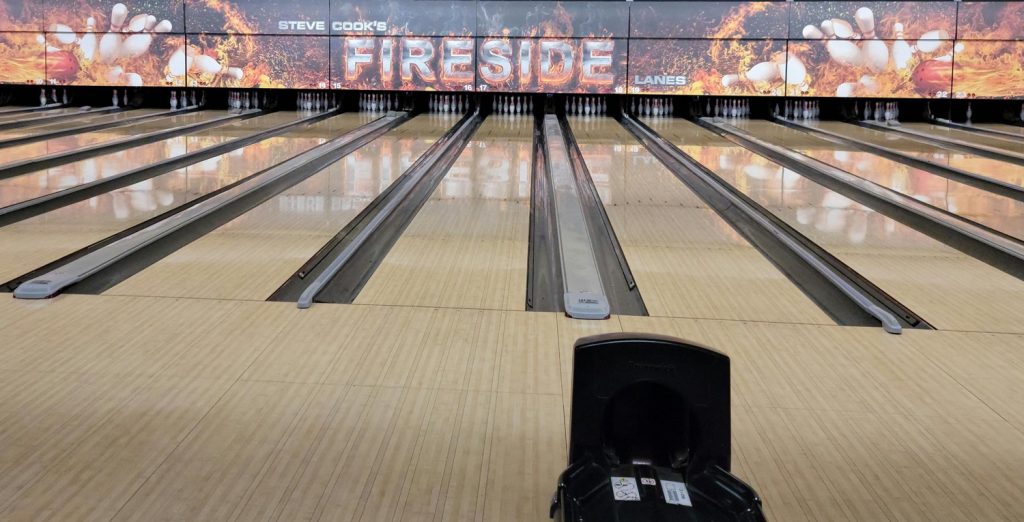 Steve Cook's Fireside Lanes is a family owned bowling center, located in Citrus Heights, CA. Our mission is to provide a top quality bowling experience so that our bowling guests and their families will return again and again. We provide birthday parties, group events, casual open bowling times, and competitive league play. Our Hall of Fame Bar & Grill is a great place for a meal and to catch all the sports action.

Under the ownership of PBA Hall of Fame bowler Steve Cook since 2016, come see our bright, clean facility!

Cook won his first PBA Tour title at the age of 22 in the 1979 Ford Open, and finished with 15 titles in his career. Among the titles were major championships at the 1981 Firestone Tournament of Champions, the 1983 Touring Players Championship, and the 1986 U.S. Open (one of four total titles he earned in 1986 alone). Cook’s final PBA Tour title was earned at the 1992 Cleveland Open.

Bowling is only the beginning at Steve Cook's Fireside Lanes!

SATURDAY
noon – 1:30am
(unless tournaments are scheduled – please call ahead for lane availability)

~ All games are sold per person per game ~

OPEN PLAY LANES MAY NOT BE AVAILABLE DURING LEAGUE PLAY AND ARE SUBJECT TO WAITING LIST.
PLEASE CALL AHEAD FOR LANE AVAILABILITY. (916) 725-2101